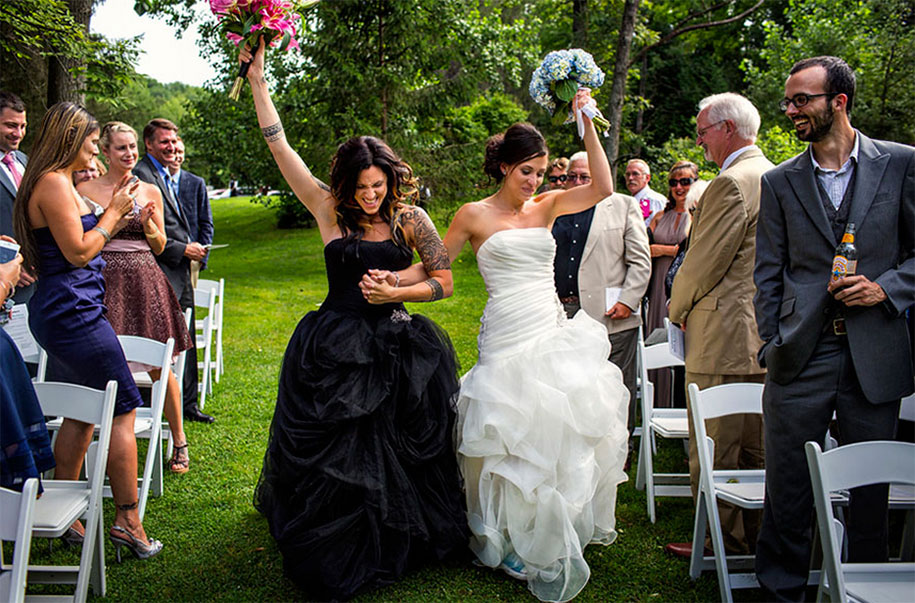 How to Make Your Same Sex Wedding Special and Memorable

The term “same-sex wedding” describes a wedding ceremony that includes a marriage between two people of the same sex. This term is typically used in countries where same-sex marriage is legal, as well as in countries where it is not permitted but where gay and lesbian couples can marry overseas.

Same-sex marriage is a type of marriage in which two people who are not related marry each other. It is a type of wedding that celebrates the love, commitment, and partnership between two people of the same sex.

What are your options for the same-sex marriage ceremony?

This is a question that many people are struggling with because the laws on same-sex marriage vary from state to state.

The options for a same-sex marriage ceremony vary depending on the state in which you live. In some states, you can get married at city hall or courthouse. You can also get married in a religious setting such as a church or temple. If you live in one of these states, you must be careful about what type of ceremony you choose because some religions may not recognize same-sex marriages.

If your state does not allow same-sex marriages, then you will have to plan your own wedding outside of the venue where it would normally be held, and that could mean renting out a hall, hiring an officiant, and paying for everything yourself.

When Was Same-Sex Marriage Legalized in the US?

The movement to legalize same-sex marriage in the United States began in the 1970s, but it was not until 2015 that the law changed.

According to Wikipedia, same sex marriage became legal in the United States on June 26, 2015, when the Supreme Court ruled in favor of Obergefell v. Hodges, which was a case filed by James Obergefell and John Arthur, who were denied marriage licenses due to their sexual orientation.

Once same-sex marriage became legal, it was a huge step towards equality across all demographics. Now, many states have legalized same sex marriage, and more than a handful of countries have done so as well.

What are the Unique Ceremonies that Same-Sex Couples can Have?

In the United States, there are many different ceremonies that same-sex couples can have. Some of them are religious, and some are not.

The following is a list of ceremonies that same-sex couples can have:

A renewal ceremony is an opportunity for couples to renew their vows after a certain amount of time or just because life has been tough for them (or sometimes just because they want to). It’s also a chance for them to remember how much they love each other.

A commitment ceremony is an opportunity for the couple to declare their love and commitment to each other publicly. These ceremonies are often referred to as marriage by some people because they are legally recognized by many countries, including the U.S., Canada, Australia, and New Zealand. The ceremonies vary in length, but they can be as short as 10 minutes or last for several hours.

A wedding blessing is a ceremony in which a person or group of people blesses two people who are in love and want to get married. It is usually performed by the bride and groom’s family members. Some same-sex couples opt for a traditional Jewish ceremony that includes the blessings of God, the Torah, and the priest. Others like to have an interfaith ceremony that includes Christian, Muslim, Hindu, Buddhist, and other religious blessings.

Ceremony Ideas and Options for your Same-Sex Wedding or Event

As same-sex marriage becomes more of a norm, there are many options you can choose when planning your wedding or event.

Venues are often the most important part of planning your ceremony. Choosing the perfect venue is key if you want to make sure you have a memorable ceremony. There are many options for venues that offer same-sex ceremonies, but it is always best to choose a venue that you and your partner would enjoy.

There are many options for your ceremony, but there is one that you should consider. The first and most popular option is a traditional wedding reception. However, if you are looking for something different, here are some ideas to consider.

A cocktail hour can be fun to mix things up at your reception. You can choose from many different menu options or have a signature cocktail with the guests.

After dinner is usually the time when guests start leaving. Instead of having this time be just an hour or two, why not keep the party going?

This is a great way to end the night on a high note and allow all of your guests to share their best memories with each other.

There are many ways to incorporate photography and videography into your same-sex wedding ceremony. Here are some of the most popular options:

1) Create a photo booth where guests can take pictures with props in front of an old-timey backdrop.

2) Create a slideshow with photos from their engagement, first date, and wedding day.

3) Have guests write messages on pieces of paper that you will use as your guest book at the end of the ceremony.

Are You Ready to Have Your Same Sex Wedding Ceremony?

The number of same-sex weddings has been increasing in the past few years, but it is still not a widespread practice. In some countries, this is a legal requirement; in others, it is simply a personal choice.

Are you planning to have your same sex wedding ceremony? If so, you need to be ready for everything mentioned above. Lucky Wedding Day offers a whole host of services that make it easier than ever before for same sex couples to marry legally and have a beautiful ceremony with all of their loved ones present.

Call us now to find out more about Lucky Wedding Day!